Day 174 – A Piece of Legislation We Could All Get Behind, Mr. President. The Think Before You Act…Act.

Dear Mr. President,
You and your spokespersons have insisted that you have signed more bills during your time as president than any other president in American history. And, in a bizarre twist, Politifact has rated this claim as mostly true. You have, in fact, shown a very keen desire to sign your name as often as possible. However, it turns out that only one of these new laws has actually created a new policy. The majority of the rest of your signatures have been on laws that “have been passed through the Congressional Review Act, which allows Congress to roll back regulations imposed by the executive branch, and are aimed at dismantling former President Barack Obama’s legislative legacy.” This really isn’t groundbreaking legislation after all.
And so, I have a proposition for you: I propose that you craft a piece of legislation that not only would be groundbreaking and legacy-creating, but that would actually make America greater.

Thomas Jefferson said, “When angry, count ten, before you speak; if very angry, a hundred.”
Just think of the legacy you could leave if you taught our entire country to stop, count to 10, and actually think before speaking. Think of all the lies you would no longer have to tell if the law of the nation demanded that you stop and think before responding. Think of the covfefe you would no longer have to tweet.
As Dan Johnston, PhD and assistant professor of psychiatry and behavioral science at Mercer University School of Medicine explains on WebMD, “The “energy” of anger often leads to impulsive behavior that only aggravates an already tense situation. If given enough time to cool off, however, most people can learn to control their initial impulses.”
If the citizens of our country could learn to control their initial impulses, just imagine all of the violence that would no longer occur. Think of the strides we could make in human decency and global policy if only we could learn to control our impulsivity and anger. “Don’t react,” says Johnston. “Respond. Make a carefully considered choice about the best course of action to take and guide your response by the three anger-regulating principles of empathy, compassion, and assertion.”
Imagine a country where impulsivity was replaced by empathy, compassion, and assertion. Imagine what an incredible leader you could be if you simply learned to count to 10 (or 100, or 1,000) and considered the consequences of your actions before you acted. Imagine the civil discourse that could occur if we all stopped aggressively reacting and instead started thoughtfully asserting our ideas and responses with empathy and compassion.
You could lead by example and start exercising this behavior. You could encourage your children/cabinet to do the same. You could demand that those who voted for you and those who voted against you stop sniping at each other, take a deep breath, count to 10, and then speak and act with civility.
You could actually make a difference. You could actually make our country greater than it already is. But first, you have to stop throwing petulant temper tantrums. You have to stop mocking civility and instead be mindful of it. Take a deep breath. Count to 10. Act and speak with empathy, compassion, and assertion. Be a calm and thoughtful leader. I promise you, your countrymen will notice your example. They will follow your lead. You could make this newfound civility the law of the land.
Sincerely,
Letters2Trump
(Originally posted at Letters2Trump.)
Posted by Sharon Murchie at 4:08 PM No comments: 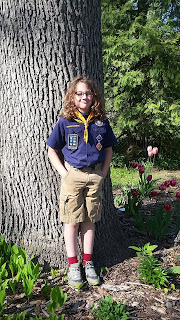 I don’t know why you felt the need to tell my eight-year-old son that he was in the wrong bathroom at IHOP. I’m not sure why you felt that his presence was a problem. What was your intention? If you truly felt that he was a girl, and that you were somehow going to protect him by questioning his gender, wouldn’t it have been even more effective to simply just make sure that he was okay? Why were you so concerned about his gender? Shouldn’t you just have finished your business, washed your hands, and gone back to your pancakes? After all, that’s what my son was planning to do. Instead, you told him he was in the wrong restroom. And when he told you he was a boy, you informed him that he didn’t look like one. And then you took it one step further: you told him he should cut his hair.

My son came back to the table, explaining that some man just told him he was in the wrong bathroom, that he looked like a girl, and that he should cut his hair. I asked my son how he responded to you. He explained that he just told you that he was a boy, but that he wished he could have told you that you were rude. I wanted to give my son permission to tell you that you were rude. In fact, I flippantly told him that he should have said exactly that. But, I have raised my kids to understand that telling someone they are rude is, in fact, a bit rude. My son said, “nah. That would have been awkward.” And so my son let it slide. But he was definitely shaken by your rudeness.

What right do you have to tell an eight-year-old child what he should and shouldn’t do with his hair? I have raised my son and my daughter to understand that their bodies = their property, and that no one else has the right to touch their bodies without their permission. And this goes for their hair as well as any other parts. They have autonomy over their own bodies, sir, and you have no right to tell them or anyone else what to do with --or to-- their bodies.

My son likes his hair. He knows that people, at first glance, think he's a girl. And he's okay with that. "I'm a boy," he says, and usually they say, "oh, sorry man! Great hair!" and then he goes on with his life. He's comfortable in his own skin, and he's comfortable with who he is. But he's not comfortable with a stranger telling him what he should or should not do with his body. "It's my hair," he said. "Why does that man even care about it?"

I know that girls have had the same issue recently. Our policing of gender has escalated, because somehow we all believe it is our duty to put each and every person into a box convenient to our limited understanding. Or maybe our policing of gender norms has always been this opinionated, and it’s only recently that we’ve become obsessed with bathrooms.


It seems to me that what really needs to be done in the bathroom is related much more to hygiene than to gender policing. And what my son needed was the chance to pee, wash his hands, and then come back to the table to eat his pancakes. If you truly wanted to be helpful, sir, you could have simply said “hi” and just made sure he could reach the paper towels. If you felt that commenting on his appearance was somehow necessary, you could have said, “hey, kid, nice hair.” And, if you really felt it appropriate to give him some advice, saying, “you have a nice day,” would be totally in line. Just think: you wouldn’t have felt so self-righteous and you would have taught a young kid how to be a decent human being. Instead, you pulled rank on an eight-year-old kid and taught my son exactly what kind of a man he never wants to be. 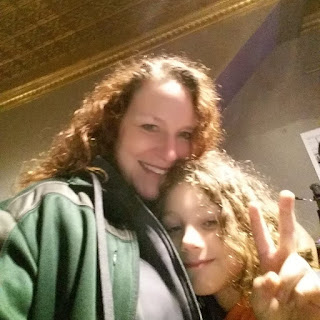